The Salida Council for the Arts (SCFTA) invites the public to attend the September Creative Mixer at the Salida SteamPlant Paquette Gallery on Thursday, September 14 from 5:30-7:00 pm featuring the Salida Fiber Arts Guild and Guitarist Jerry Arellano.

Held every second Thursday, the Creative Mixer is a free monthly public gathering of those interested in knowing more about the local arts scene in a casual social setting. Held in the Paquette Gallery of the SteamPlant, the “Soapbox Announcements” are a popular feature of the evening. Anyone with information to share about upcoming art-related events is encouraged to give a brief announcement. Artists new to the area are welcomed to introduce themselves and may find new friends and collaborators at the “Mixer.” Free hors’ de oeuvres, a cash bar, beautiful artwork, great conversation, and music are always in abundance.

“There will be everything from art quilts to wearable art in the Paquette Gallery during the Creative Mixer, all available at a wide range of prices,” said Salida Fiber Fest Board Member Jane Templeton. “The show is made up of items created by local Fiber Arts Guild members and vendors of the Salida Fiber Festival held September 9-10.”

Guitarist Jerry Arellano is the SCFTA musical guest for the September Creative Mixer.  Jerry grew up surrounded by music, both in his family and on the radio.  At the age of twelve, he started playing guitar, teaching himself the basics of chords and melodies.  As he grew up, he started playing in bands around Salida, and later, began playing professionally, first locally with rock groups, eventually ending up in Las Vegas, doing a variety of music styles.  Jerry returned to Colorado in 1995 to spend some time rethinking his music interests, which led to an interest in the classical and flamenco genres.  He continues to play flamenco and finger style music, along with a variety of other styles that allow him to add his vocal talents to the mix.  Jerry plays for various functions including weddings, art shows, in the church he attends, and some of the local restaurants, and does DJ work under the name of Steppin’ Out Entertainment. 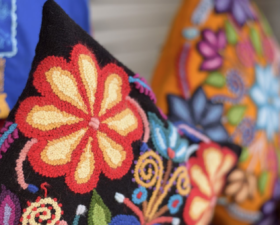 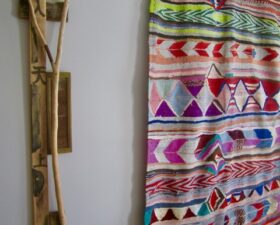 Sum of the Parts 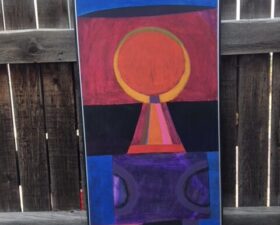