The line-up of filmmakers include many from last year’s event with two new filmmakers all showing their latest projects. Salida native Nathan Ward will team with Julie Speer to show “Breaking the Mold”. Ward’s film productions with “Grit and Thistle” include “The Rider and the Wolf”. Julie Speer is an Emmy Award winning filmmaker who produces “Colorado Experience” for RMPBS. Her recent films featuring “FIBark” and “Breaking the Mold” will be shown during the Saturday Film Festival.

George and Beth Gage of Telluride will return offering the trailer from their newest production, “Nebraska”. This film is about a community’s embrace of immigrants from Syria.

Ben Knight of Howard has won 46 film festival awards over the last 10 years. In 2015 he was the National Geographic Adventurer of the Year.

New to the panel of filmmakers this year are Erin Brown Thomas and Kevin Fowler. Erin’s mother, Lauren, moved to Salida this year and has become an active member of the community. Together this mother-daughter team put on the “Salute Your Shorts Film Festival” in Hollywood, California this summer.  Erin will show clips from her films that will be shown in full on Saturday.  Kevin Fowler will show a new film, “When The Smoke Clears”, highlighting the local Veterans Expeditions organization.

A lively panel discussion with moderator Leslie Matthews will follow the film showings. Audience members will have a chance to ask questions and talk to the filmmakers.  Paprika Leaverton will end the evening showing her latest completed movie, “HIKO – The Women Jugglers of Tongo”.

Saturday’s Salida Film Festival will kick-off with a 3pm panel discussion in the SteamPlant Theater about the making of a documentary film around the revitalization of small Colorado towns with Creative Districts.

From 4-10pm there are 9 hours of films in 1 1/2 to 2 hour blocks on two screens at the SteamPlant Theater and Ballroom. These films will include blocks from the Winners in the West Chester Film Festival; several Erin Brown Thomas’s films followed by a Talk Back, Q & A with Erin; two of Julie Speer’s and Ethan Ward’s films; several Oscar qualified shorts, animations, comedies and more.

Tickets for the Friday event cost $25. A $37 all-festival pass includes both days and a ticket for a single block is $10 or $5 for students. All Day Saturday tickets are $20.  Advance tickets can be purchased at Heart of the Rockies Chamber of Commerce and in person or online from the SteamPlant. The proceeds for this event will benefit the Salida Council for the Arts Community Grants Program, which in 2018 supported programs such as Shakespeare In The Park and Blessed Are The Pollinators. SCFTA is a 501(c)3 non-profit organization.

Detailed film information and times will be on salidacouncilforthearts.org and salidasteamplant.com website. 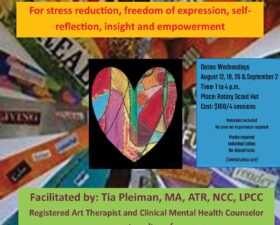 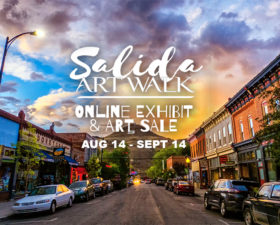 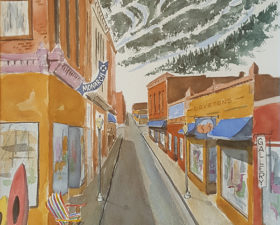 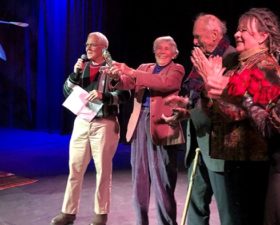