40 Years in the Making: The Magic Music Movie 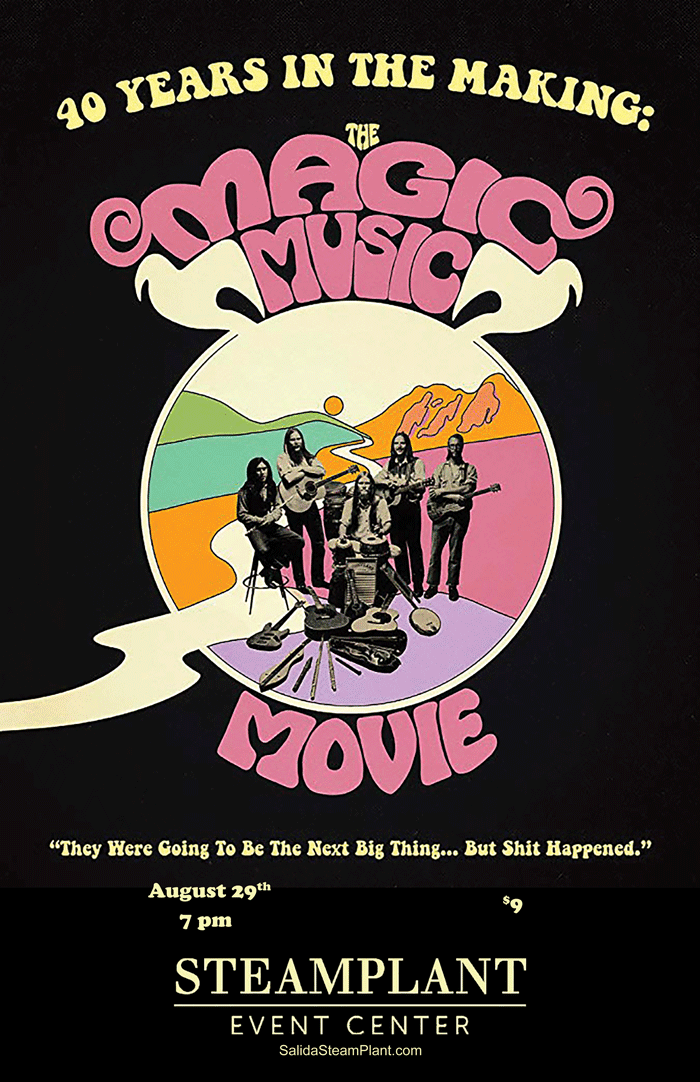 40 Years in the Making: The Magic Music Movie

One of the most fondly-remembered bands of the Boulder revolution was Magic Music.

These guys were the real deal: living in teepees, cabins, and converted school buses up in the Boulder mountain ranges, only leaving their camp to grace city-folk and university students with their sweet melodies. With their original songs, acoustic instruments and tight harmonies, Magic Music was tremendously popular in Boulder and many people expected them to go on to much wider success. Although they had their fair share of ‘almosts’ over the years, the group never made a record deal and eventually broke up in 1976.

One of Magic Movie’s biggest fans was Director Lee Aronsohn, who attended the University of Colorado at Boulder before leaving for a life in Los Angeles in 1975. 40 years later, the songs he had heard Magic Music play on the campus quad continued to echo in his head, but there was no record to listen to, no CD, or no MP3s. Aronsohn would hum the songs he remembered to himself, and sing them to his children. Every so often he’d search the blossoming World Wide Web for any trace of Magic Music, but aside from a handful of singing magicians, there was little to be found.

Two years ago, Aronsohn finally found a connection to one of the original band members, Chris “Spoons” Daniels, who has remained active in the Colorado music scene with his band Chris Daniels and the Kings. Through his connection with Chris, Aronsohn learned about the post-Magic Music history of the other band members, and to his excitement, discovered the existence of never-released demo tracks recorded by the band back in the 70’s. Having retired from television in 2012 after 35 years making sitcoms, Aronsohn was looking for a new project that would be personally meaningful to him, and found it in the story of Magic Music. Why had his favorite band not made it? Were they as happy and fulfilled now as they seemed to be in the 70’s? And last but not least, could he convince the remaining members to put aside their differences for one last show?